THE WORLD WITHOUT TIME IS MEANINGLESS

Designed by Fabrice Gonet, the HD3 Complication Black Pearl watch is a limited edition timepiece that features several pirate-themed additions such as prerequisite skull and bones, a tiny cannon and some navigation touches.  The Black Pearl was inspired by the wonderful era of pirates and buccaneers, to which he added the retro-futuristic steampunk style so uniquely characteristic of Vulcania.

The design of the Black Pearl watch case is straight out of the world of pirates: there is a hatch on the 9 o’clock side of the case which looks like a cannon hatch of a naval man o’war from former times. It opens to give a panoramic view of the tourbillon from the side, and also reveals a plate on which can be engraved the name of the owner and ‘captain’ of the timepiece.

The hatch is decorated with a small plate in titanium pvd showing the famous skull-and-crossbones flag of the pirate Jack Rackham.

The sapphire glass back is engraved with a compass rose designed specially for the watch.

The design of the crown is reminiscent of a frigate’s tiller.

The bi-axial tourbillon at the heart of this timepiece presents a unique display specially developed by Fabrice Gonet. In a salute to the early days of naval exploration, the hours are shown on a wheel, the minutes on a disk and the power reserve indicator takes the form of a sextant. 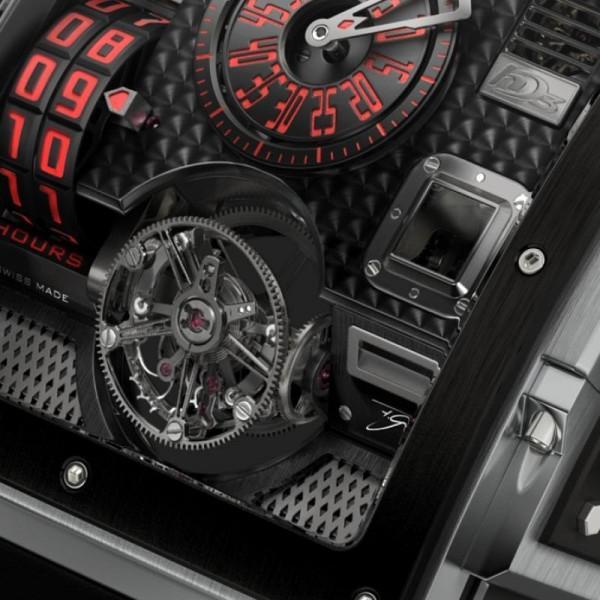 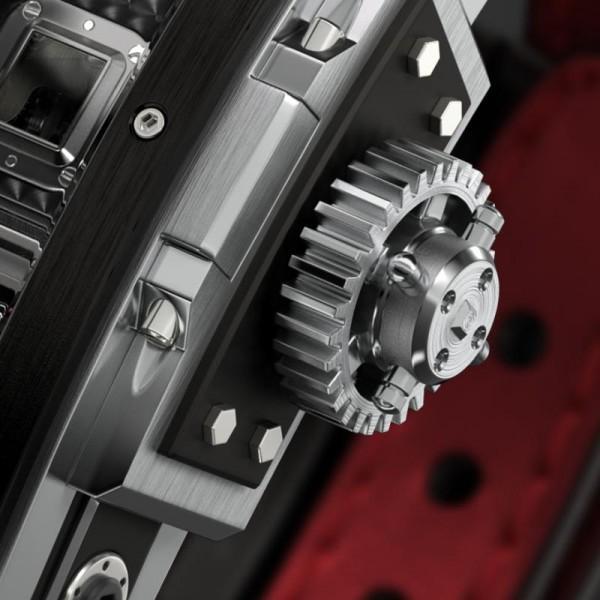 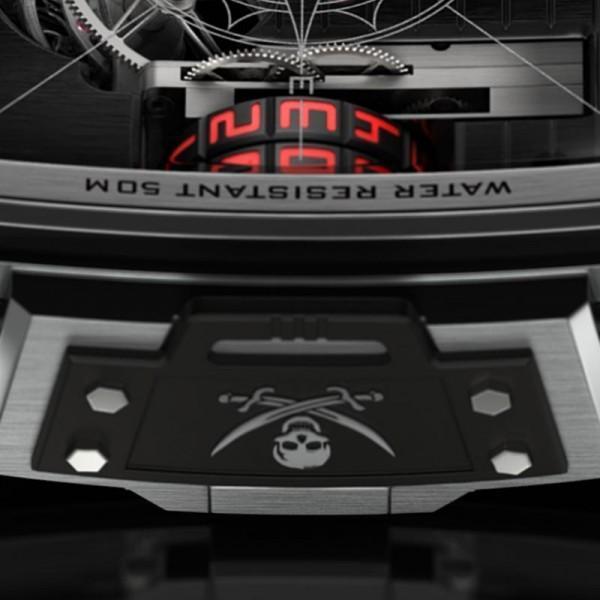 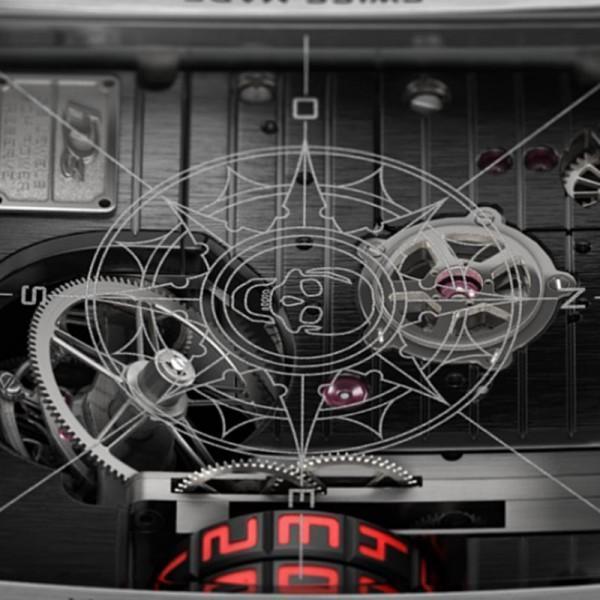